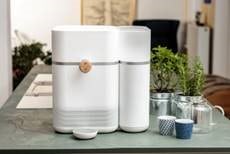 When Mitte, the Berlin based company behind the revolutionary first of its kind, smart water system, was unable to obtain PCBs from its regular Chinese supplier, they need an alternative supplier, and quickly. After a search on the web, the company approached Newbury Electronics. The two companies started working together earlier this year and since then the relationship has developed further with Newbury Electronics now supplying prototypes, PCB’s, fabrication and assembly services.

The boards were initially installed in the prototype machine which is now being used for further board testing and to verify and test the PCB design. The boards will form part of the control system, UI & sensor feedback in the water filter unit.

Fabien Bastiman, Chief Technology Officer at Mitte, said;”We have been working with Newbury Electronics since February and the quality of both the boards and customer service has been excellent.”

“Even just a few years ago we would never have imagined producing boards for inclusion in a water filter. As the Internet of Things (IoT) and so called ‘smart’ solutions continue to develop across every aspect of both work and leisure time, there are increasing opportunities for us to collaborate with companies such as Mitte to help them with the development and production of the necessary electrical components;” said Philip King, managing director, Newbury Electronics.

Mitte is the first of its kind; a smart home water system that purifies and enhances water through a process inspired by the natural water cycle. It works in two simple steps: first, it purifies water with a proprietary distillation-based method. Then, Mitte makes the water not only pure, but also healthy by enhancing it with essential minerals. This is done by using mineral cartridges to replicate the process that occurs in nature when water flows through rocks, picking up minerals along the way. This unique process adds back all the minerals and trace elements that other water purifiers remove, giving water that’s not just clean, but also healthy.

Newbury Electronics Ltd has been trading for 60 years, during which time it has kept in step with changes in both electronics and manufacturing. It now offers its customers some of the most advanced contract electronic manufacturing (CEM) solutions available in the UK. Philip King became MD in 2011, and has overseen over £3.5m of capital investment in the last 6 years. The company provides a full electronic design, and PCB CAD layout service alongside PCB manufacture and assembly in Newbury, West Berkshire. It employs over 90 staff and is dedicated to the rapid manufacturing of small and medium batch PCB assemblies. Production includes SMD, SMT, surface mount, BGA, through hole, box build, soldering, test, & rework and videos showing the various processes can be viewed at http://www.newburyelectronics.co.uk/newbury-videos/

Customers can select from any of the company’s services and the company is happy to undertake single, bespoke projects through to the design and supply of manufactured lots exceeding 10,000 pcs on its nine automated SMD assembly lines. It has recently introduced an economical express same day PCB manufacturing service for orders placed before 9am.

As a contract electronic manufacturer, each year, the company produces more than 15,000 different PCB designs for its clients, who benefit from the economies of scale built from the volume of orders processed. To learn more about the company’s capabilities visit www.newburyelectronics.co.uk   or watch   https://www.youtube.com/embed/l3oYzWgIouU 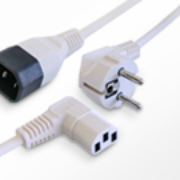