IPC announced the September 2020 findings from its North American Printed Circuit Board (PCB) Statistical Program. The book-to-bill ratio stands at 0.93.

“Monthly PCB orders and shipments were up sharply in September, near their respective highs for the year. Some of the gains in September were likely the result of month-to-month variations that naturally exist in the PCB market,” said Shawn DuBravac, IPC’s chief economist. “Orders and shipments continue to cool following a large jump in the immediate aftermath of the pandemic. Shipments over the last three months are just below the prior three months, while bookings are off 16.7 percent.” 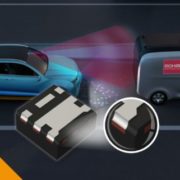