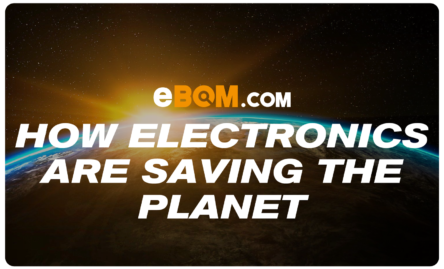 In the grand scheme of things, the planet is a very overcrowded place, especially when the population is increasing almost 2% year on year. As the population increases, so does the environmental impacts. Within the last few decades, our planet has been exploited of its natural beauty due to masses of waste being dumped in landfills and the ocean. Along with this, the overall temperature of the planet has increased due to rising CO2 levels and greenhouse gases. The greenhouse effect is contributed by the burning of fossil fuels, deforestation, industrial waste, transportation and farming. According to nrdc, this year was one of the 16 hottest years in NASA’s 134-year record which has occurred since 2000. However, the rise of electronics and technology may be helping the environment in more ways than we think.

But What Have Electronics Got to Do With Saving the Planet?

Electronics allow us to monitor global warming changes such as rising sea levels, global temperature increase and greenhouse gas levels. With the advanced technology we have nowadays, it is easy to access environmental data and see the impacts we are causing on the planet’s wellbeing. In todays day and age, we can predict and monitor abnormal weather and temperatures. For example, using the most advanced technology, NASA were able to discover that the oceans have absorbed much of this increased heat, with the top 700 meters (about 2,300 feet) of ocean showing warming of more than 0.4 degrees Fahrenheit since 1969. Along with this, the advanced electronics which NASA have created provides us with the data that the Greenland and Antarctic ice sheets have decreased in mass. Data from NASA’s Gravity Recovery and Climate Experiment show Greenland lost an average of 286 billion tons of ice per year between 1993 and 2016. Without electronics, we probably wouldn’t know of the damage we have already caused to the environment and nothing would be done to prevent anymore destruction.

Electric cars are better for the environment as they produce less greenhouse gasses and air pollutants. Electric cars require no petrol or diesel which means no harmful pollutants are releases into the atmosphere. Vehicles that run on petrol or diesel will produce gases such as particulates (soot), volatile organic compounds, hydrocarbons and carbon monoxide. Alternatively, electric cars run on electricity (hence the name!). Nowadays, electricity can be produced from solar panels which is a sustainable way to create power rather than the burning of fossil fuels.

Along with this, electronics are used to predict abnormal weather which could be global warming side effects. Some extreme weather events which are likely due to global warming would be heatwaves. According to North Wales Live, there is now a 25% probability of a heat wave in a particularly warm summer. By the middle of this century those chances are expected to increase to nearly 50%. Other extreme weather conditions would be excessive flooding. MP Rachel Reeves says climate change could mean more extreme weather and flooding for Leeds. Electronics monitor and predict abnormal weather which could be an indication of global warming.

Electronic devices such as drones help monitor forest health and illegal logging. It is so important to protect the world’s forests to ensure healthy habitats for wildlife and clean air / water. The forests of the world produce clean air and consume harmful gasses such as CO2. According to growing air foundation, the amount of oxygen produced by an acre of trees per year equals the amount consumed by 18 people annually. One tree produces nearly 260 pounds of oxygen each year. Drones are partially reliable for detecting abnormal activities such as fires.

In this era, people are constantly upgrading their electronic devices for the latest models. Old electronic devices can be traded in, recycled or discarded into a landfill. Fortunately, many organisations offer recycling schemes for electronics whereby people can trade in their phones for a cash alternative or credit towards a newer phone. A few companies that offer this scheme are Apple, Samsung, Vodaphone and HTC. This scheme is beneficial as potential customers can purchase the phones which have been traded in rather than buying one brand new which has been manufactured. This prevents mining for rare earth materials to manufacture the phone, greenhouse emissions and access packaging which will only be discarded into a landfill. Apple reports that 77% of the greenhouse emissions they produce comes from the manufacturing process alone. Electronics are saving the planet by allowing us to recycle products through extracting methods and technical mining.

According to Jenna Stacy-Dawes, across Africa, giraffe numbers have shrunk by 40 percent in the same period, down to less than 100,000 individuals. Artificial intelligence is being introduced for wildlife preservers to analyse and monitor the health and quantity of animals in each area. This means that biologists can assess their numbers, movements and preferred habitat to ensure safety and wellbeing. Although many people may think that saving wildlife has nothing to do with saving the planet – it really does! Wildlife keeps ecosystems functional which allows us to survive, make a living and have access to food. If certain species fall in quantity, ecosystems will suffer and a snowball effect with begin.

Solar panels create renewable power from the light which is given off from the sun. Solar panels are an alternative to burning fossil fuels such as coal. Overall, solar panels are an efficient and clean way to create power without harming the environment or producing greenhouse gases. However, the downsides of solar panels are that they may need to be installed on large masses of land which could result in habitat loss. Along with this, solar panels are made from hazardous materials within the manufacturing process.

What Can I Do to Help the Planet?

In my opinion, I would advise investing in an electric car if you are thinking of purchasing a new vehicle. In the long run, you will spend less on keeping the vehicle running due to not cashing out on petrol / diesel. As mentioned before, electric cars produce no harmful pollutants. Not only this, I would recommend investing in some solar panels which would reduce your electricity bills along with contributing to a cleaner environment. Overall, there are many small things which we can all do to contribute to a greener planet. Starting with small steps such as recycling waste, to bigger steps such as investing in economical vehicles. 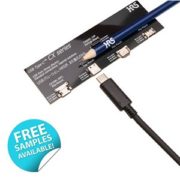